Bring out your kid’s inner chef and let them make this super easy recipe, CJ’s Rockstar Trail Mix! My son created this recipe and it’s sooo good and also the perfect snack!! 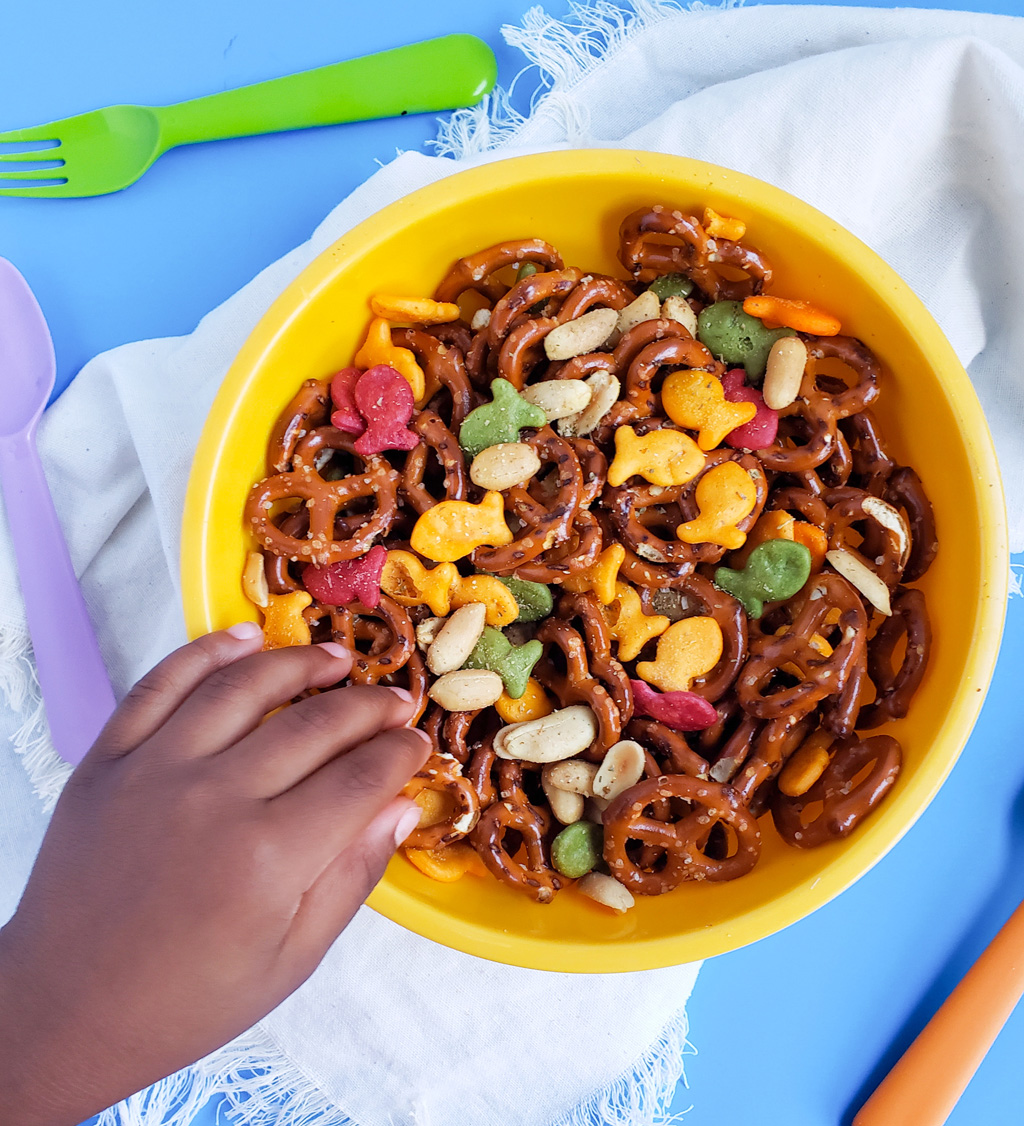 Do your kids like to help you in the kitchen? My two boys ALWAYS jump at the opportunity to help mommy cook…. even though they end up making an even bigger mess! Lol! 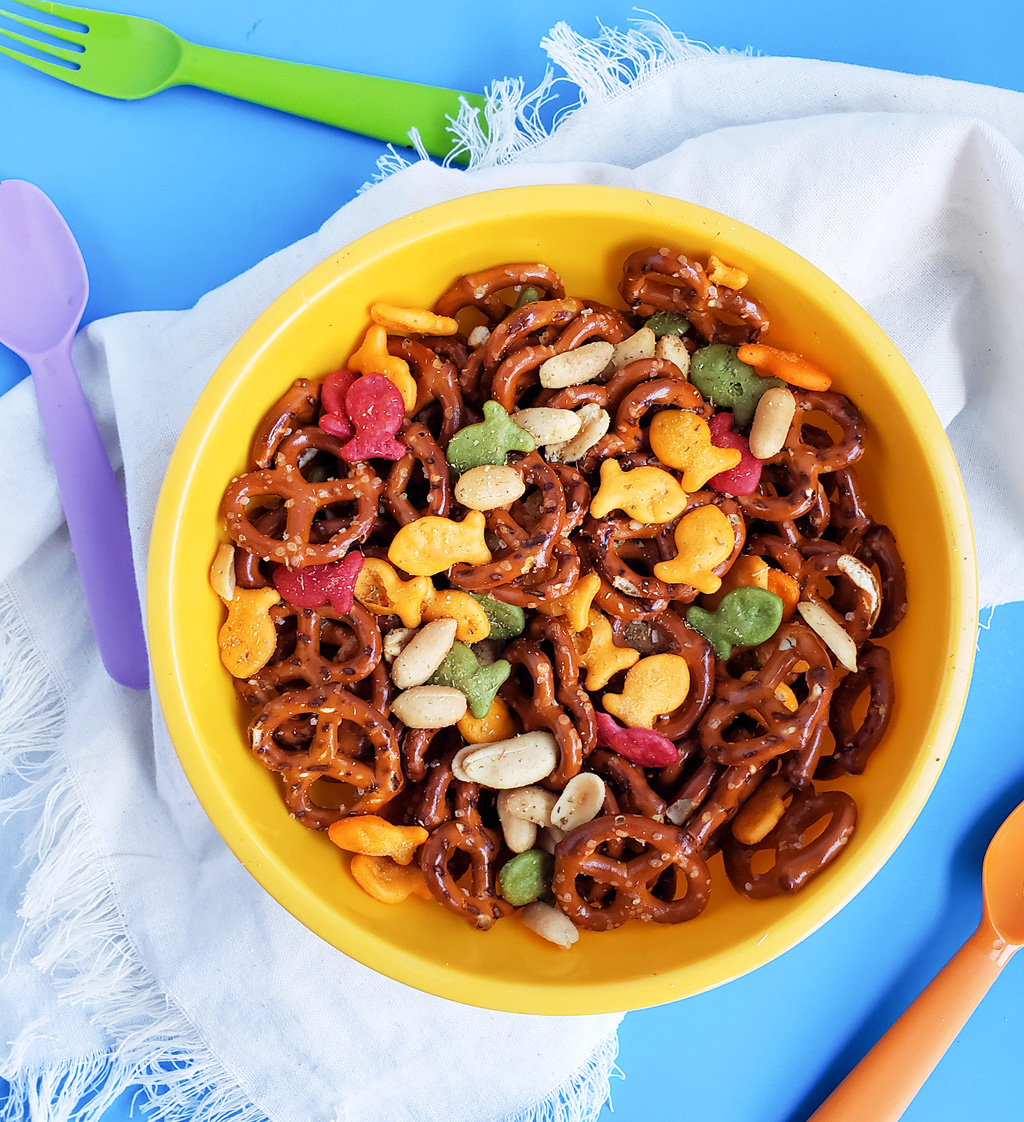 I try to encourage their little imaginations, so I will usually end up giving them little tasks such as putting fruit into a bowl, or counting the cucumber slices! As you can see, cooking with mommy usually turns into a math lesson! Lol! 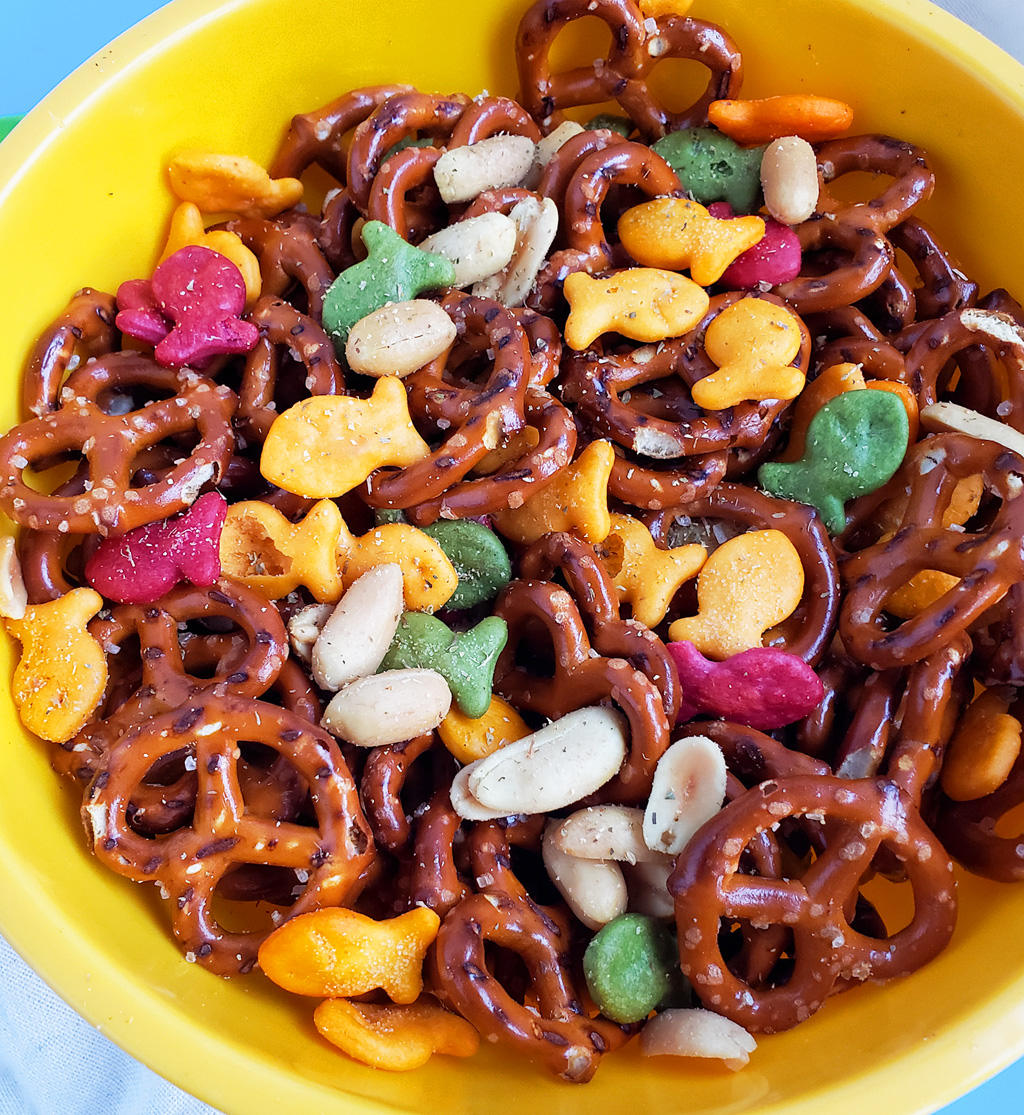 A couple of weeks ago, my oldest son CJ wanted to make his very own recipe for “mommy’s site!” This almost 5-year-old has taken a real interest in cooking! It’s the cutest thing ever! He will pretend to cook something, take the pictures, and pretend to put them on his website! Who knows, maybe we’ll have another food blogger in the family! 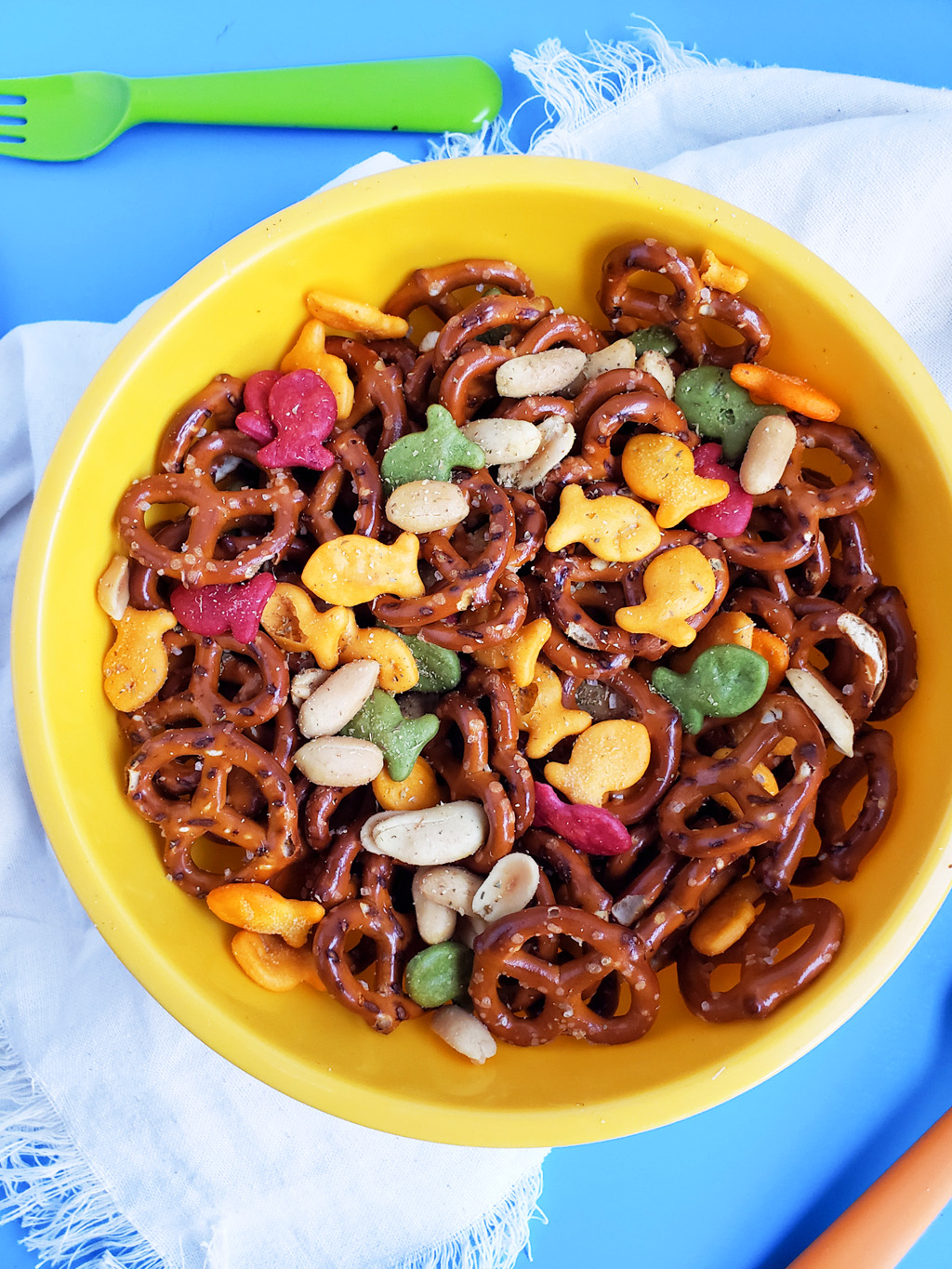 Since CJ was adamant about making his OWN recipe without my help, I laid out a few ingredients and told him to ‘Have at it!’ I gave him the idea to make a no-bake trail mix, and laid out bowls of goldfish crackers, pretzels, and nuts. I also gave him an assortment of seasonings to choose from! 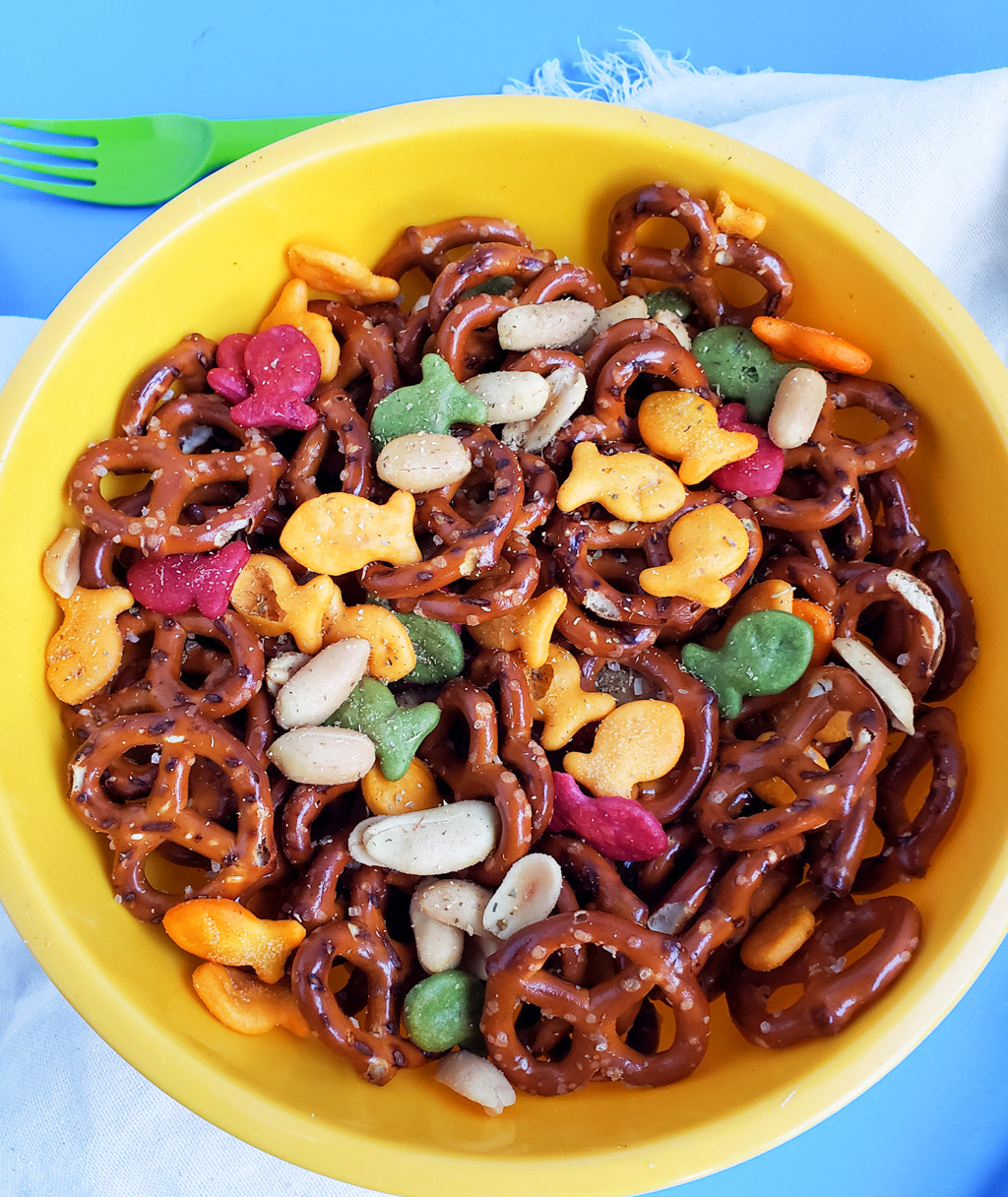 You should’ve seen this kid in action! He carefully arranged the items into a big bowl and sniffed each seasoning to determine which ones he wanted to use. He chose a clever combination of oregano and garlic powder! I gave him a spoon to mix the ingredients, but of course, he chose to mix everything with his hands! He told me to have a taste, and I couldn’t believe that it was actually good! It was super flavorful! 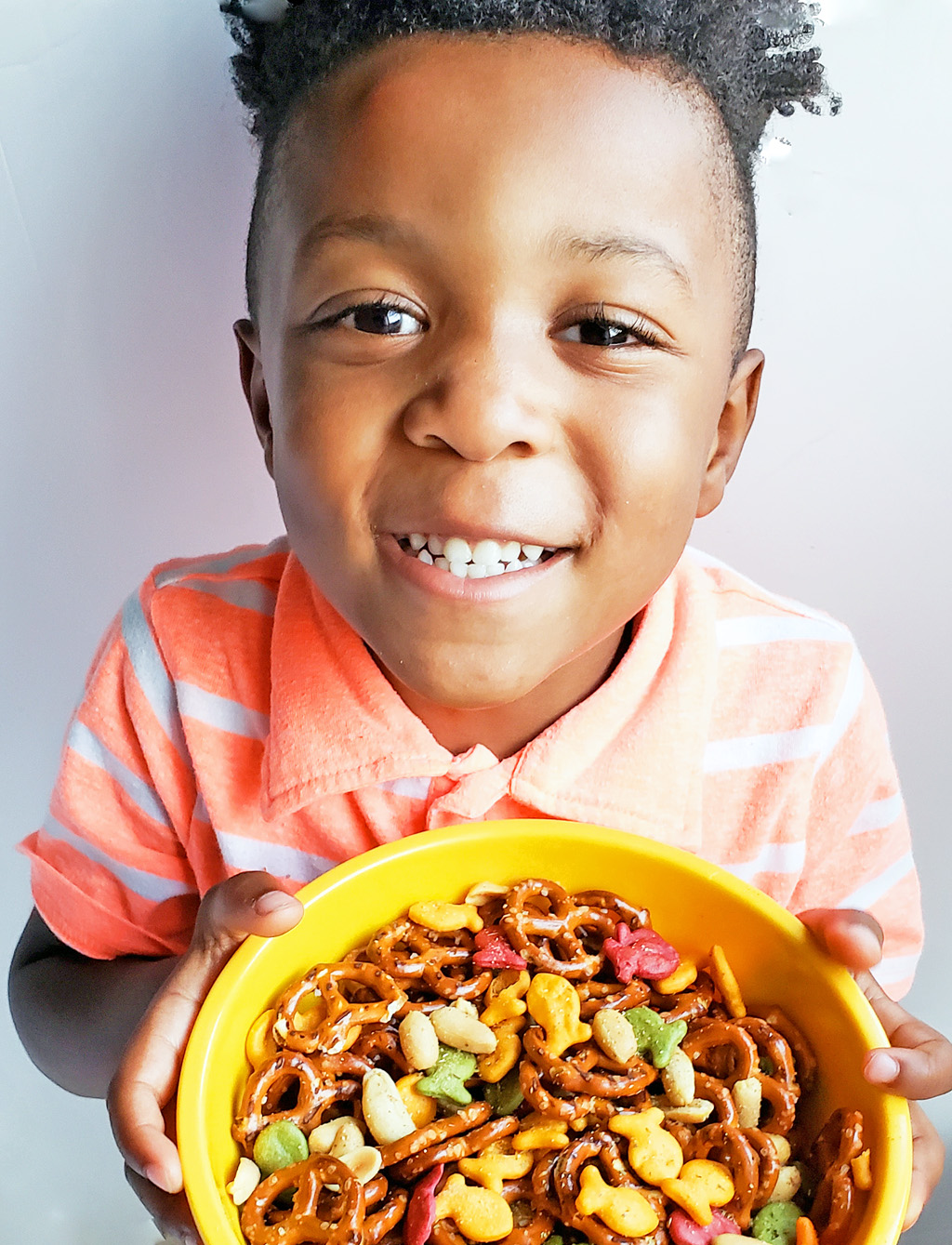 He named it CJ’s Rockstar Trail Mix because he also thinks that he’s an up and coming Rockstar! 😊 I told him that I wanted to add his special recipe to my website! Y’all, he was so honored! You would’ve thought I told him that Santa Claus was coming to town! I’m so proud of my CJ! It looks like I’ve found my head chef/rockstar for Little Eats & Things! Check out the recipe below! 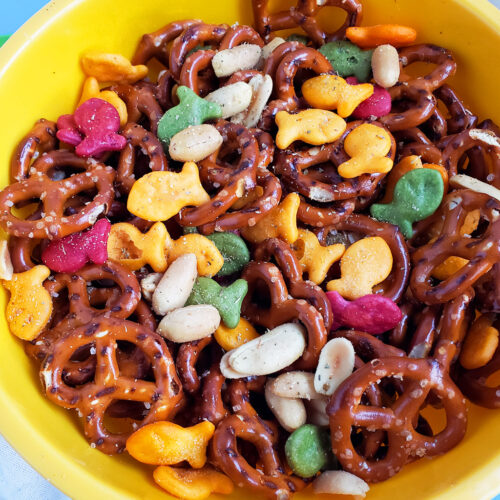 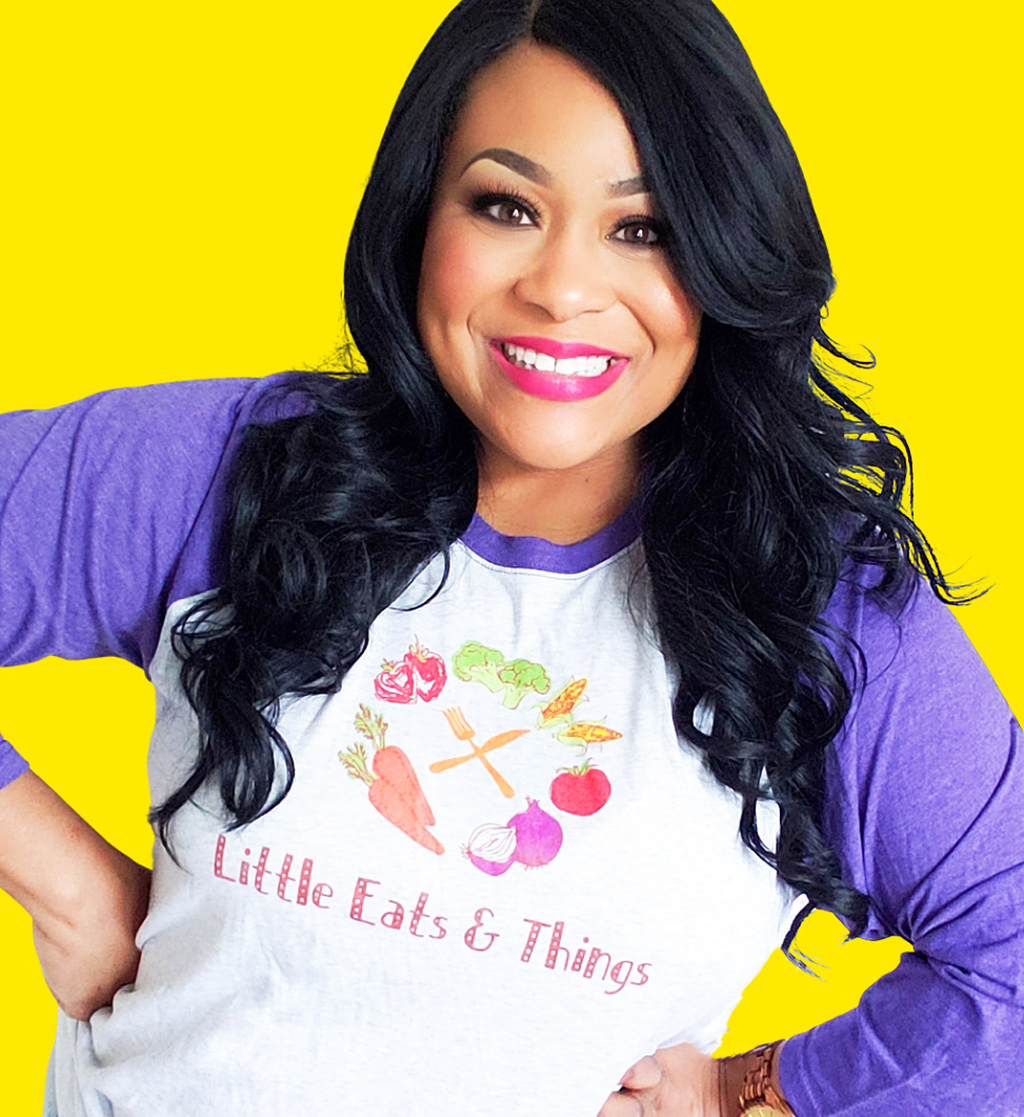 Hi, friends!! Welcome to Little Eats & Things! My name is Andrea, but my friends call me Andy! I'm a Southern, Fun, Food-Lovin' Registered Dietitian Nutritionist, Wife, & Mommy! My passion includes creating healthy and wholesome recipes that are easy, practical, and of course kid-friendly! In addition to yummy recipes, Little Eats & Things is THE place for party ideas, nutrition information, and fun DIY crafts...just for kids! I hope you enjoy!

Quesadillas for breakfast?? Why not! 😁 . My kid

[AD] Going back to school is such an exciting time

Keeping the kids hydrated during these hot summer

Have your kids gone back to school yet? 🍎 Today

When do you offer dessert to your kids?? . When I

🍕It's Friday so you know what that means...Pizz

Are your kids getting enough fiber?? . Fiber is an

My kids are HUGE fans of snack time! . As a Regis

💙 Happy Father's Day to all of those wonderful

Looking for ways to increase your little one's pro

😃 What's for dinner tonight?? . How about these

🍌Surprise Mom with this stack of Fluffy Banana

💐Mother's Day is just around the corner! 🥰 T 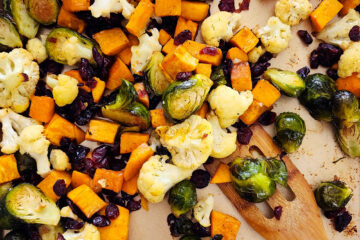